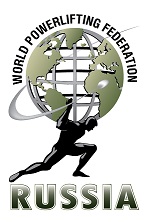 Despite the difficult Situation that does not allow Athletes to freely travel to other Countries and participate in Tournaments, as well as the still existing COVID-19, the WPF as a whole held a sufficient number of Tournaments, and some Tournaments are still scheduled for the End of 2022.

Many tournaments of various levels have also been successfully held in Russia.

I would also like to expand the Geography of the Tournaments in the International plan. For WPF, extension is important, new members are needed.

At International Tournaments, registration of World Records and European Records was carried out. Many Records were set, all of them are Recorded and posted on the WPF website https://wpfpowerlifting.ru/en/.